Prince George and Princess Charlotte were left 'disappointed' when they weren't allowed to attend a Christmas party at Kensington Palace with mum Kate and dad William.

Christmas is right around the corner, and the Cambridges are really getting into the holiday spirit.

William and Kate organised a festive celebration for the families for military families at Kensington Palace, one day before flying over to Cyprus to meet the men and women stationed there and taking their families’ cards and presents with them.

The party was at the Palace where they live with their three children, however it seems the little ones missed out on an invitation.

It’s though both George and Charlotte were at school at the time, but there’s another reason they weren’t there. 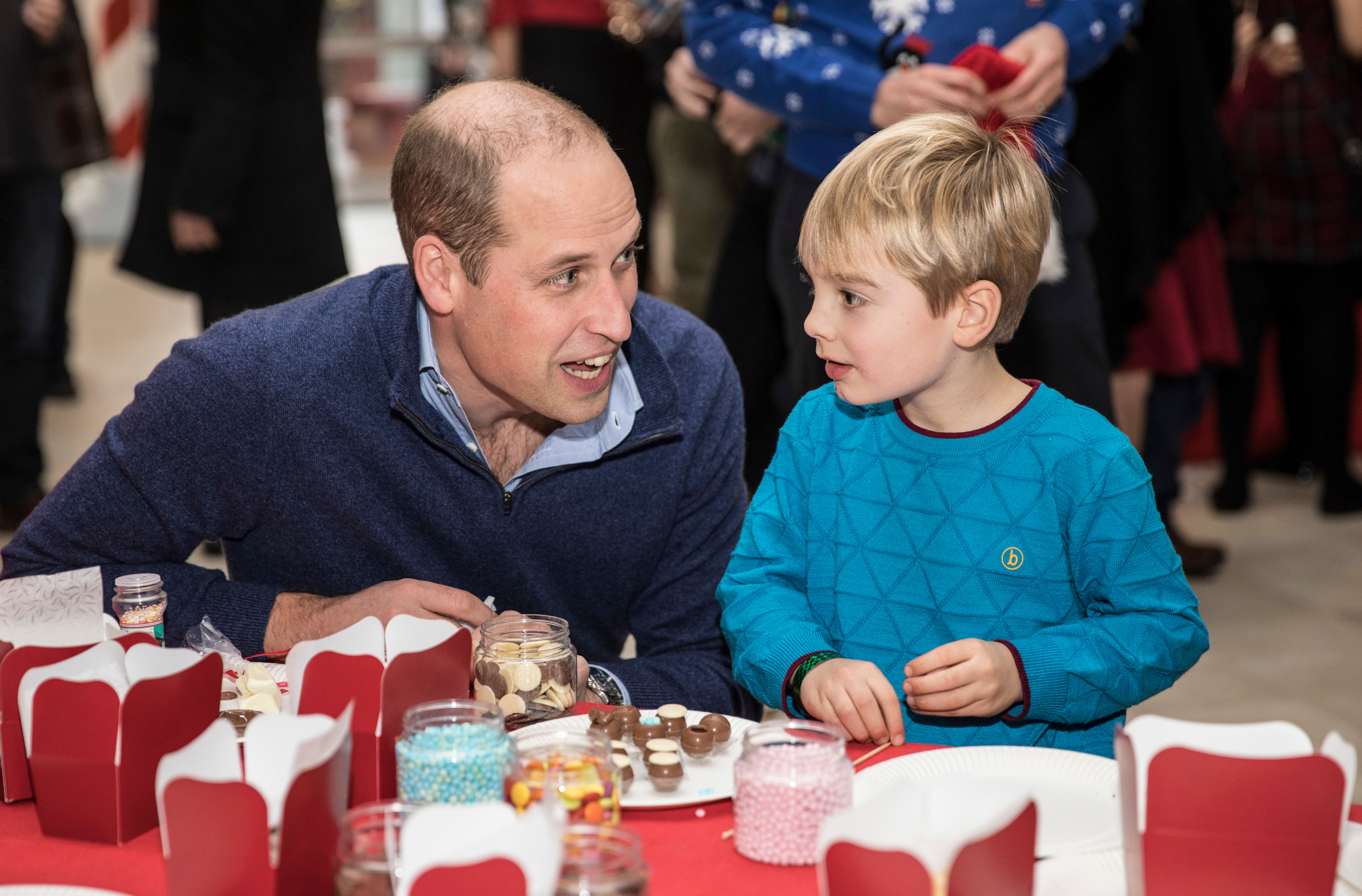 William chatting to one of the kids at the Christmas party at Kensington Palace (Credit: REX/Shutterstock)

When asked why the little royals were involved, William confessed to one of the guests that the kids didn’t come along because he ‘can’t do this and look after the children’ – very relatable Wills!

After they got back from school, Kate and William still tried to give their kids a little festive cheer but everything had been cleared up.

Kate told attendees of the holiday celebration they held in Cyprus: ‘We took the children down to where the party was but everything was gone. They were so disappointed!’

And we get why, because it sounds like quite the party: ‘It was very kiddie friendly’, the Duchess said in Cyprus.

‘I think some of the grandparents felt slightly bombarded. They [the children] had a lot of sweets by the end of the day. We felt quite responsible. The sugar highs… there were a lot of marshmallows. Did they get back [home] ok?’

So George and Charlotte missed out on all the sweets and the snow making machine… We’d be disappointed too!

It’s been confirmed the family will be spending Christmas at Sandringham with the Royal Family, so George and Charlotte will have plenty of Christmas decorations to get them in the festive spirit.

Plus they can also head to Berkshire, where grandma Carole Middleton has a Christmas tree for each of them to decorate…