Meghan Markle celebrated the impending arrival of her first child with Prince Harry surrounded by friends in New York City last week, but turns out the dad actually made a surprise appearance...

Meghan surprised royal fans with a star-studded baby shower in NYC last week, which was attended by celebrities like Amal Clooney and Suits co-star Abigail Spencer, and hosted by Serena Williams.

The Duchess made the trip to the US solo, leaving husband Harry behind, but turns out the expectant dad was not forgotten during the celebrations. 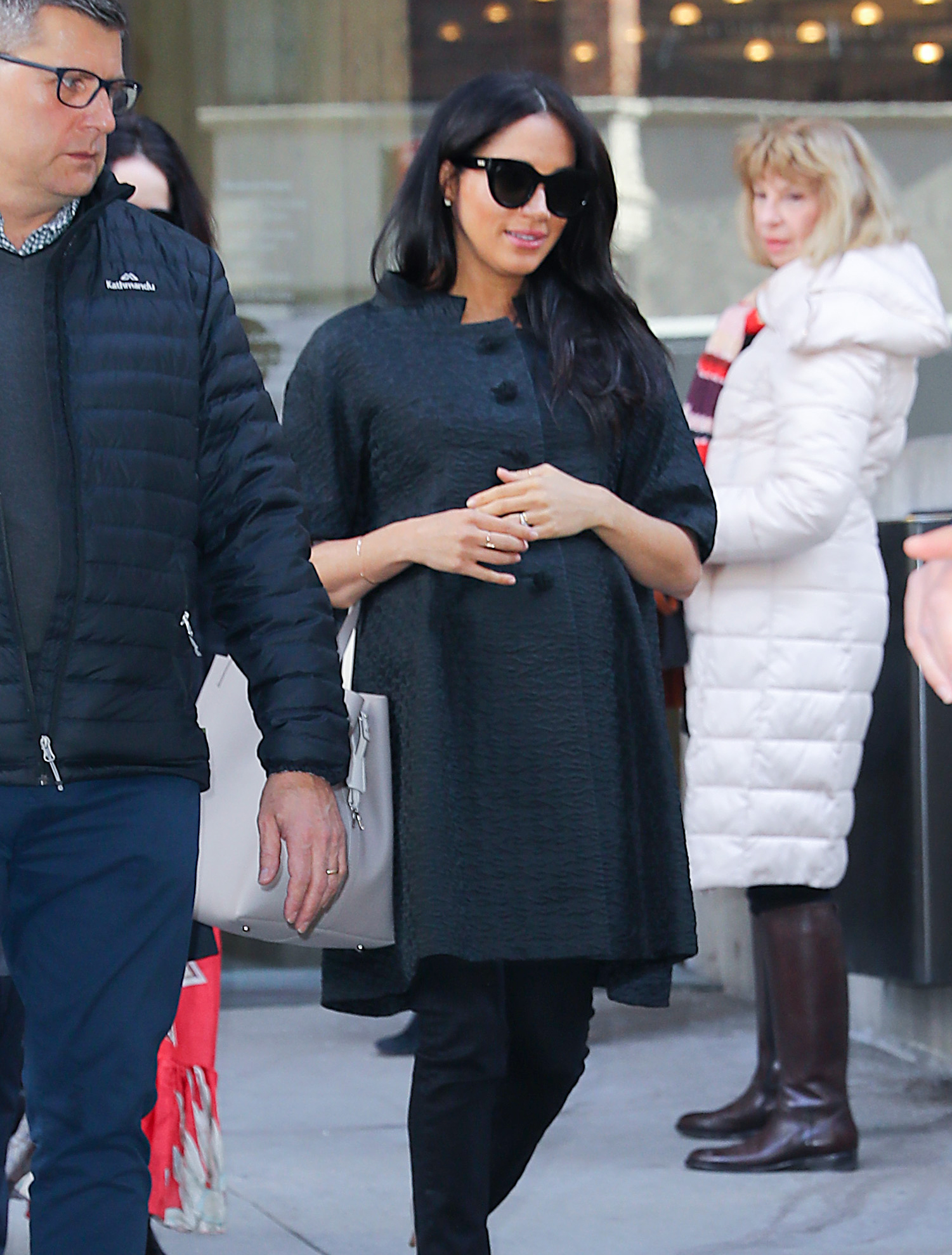 As Chef Jean-Georges Vongerichten, who was in charge of the incredible treats Meghan had at the party, shared a behind-the-scenes video of the event, he also revealed that the showstopper cake he made for the celebration had a sketch of Meghan and Harry pushing a pram on top of it. How sweet!

As well as indulging in the beautiful sweet treats, the pregnant royal and her friends had fun with a flower arranging session, and they decided to do something very worthwhile with the results.

According to charity Repeat Roses, the floral arrangements from the baby shower were distributed to local charities.

Alongside a picture of the beautiful flowers and the people who received them after the party, the charity said: ‘We were honored to match the beautiful floral arrangements designed by the Duchess of Sussex and her guests, including host @serenawilliams, to a few of our very favorite NYC neighbor organizations.

‘The gesture of kindness brought smiles and an emotional health boost to pediatric cancer patients at @rmhnewyork, cancer patients at the @hopelodgenyc and to behaviorally and medically fragile men at the @uniquepeopleservices Vyse Avenues Program.

‘The flowers brought a ray of sunshine on a cold winter day, and will be greatly enjoyed for the week ahead. Later, we’ll return to collect flowers and vases for composting and recycling to close the loop and ensure a zero-waste experience.’