Princess Charlotte looked adorable in the new Royal Christmas card, but did you spot she was dressed in the same cardigan she wore for Prince Louis’ first official portraits?

Princess Charlotte is following in mum Kate’s footsteps as are all the Cambridge children when it comes to reusing their outfits.

Known for her thrifty fashion, Kate isn’t afraid to step out in a dress she’s worn before and she’s choosing to do the same with her children.

For the latest Royal Christmas card, which gave us another glimpse of little Prince Louis, Kate and William’s only daughter is re-wearing the blue cardigan she wore for another special portrait.

Prince Charlotte first sported the dark blue cardigan with a white detailing around the collar for her birthday portrait which also featured her little brother Prince Louis.

However, this isn’t the first time the cardigan has been worn by one of the Cambridge children. It was actually first worn by Charlotte and Louis’ older brother George in a portrait of the Queen for Vanity Fair to celebrate her Majesty’s 90th birthday.

Read more: Why Prince Louis is wearing tights while Prince George is wearing trousers for the first time in an official portrait

According to People, Prince Louis is also wearing a hand-me-down from his big brother. The outlet reports that the seven-month-old is wearing George’s navy blue bloomers.

Prince George wore them for his official Christmas picture in 2014 along with an adorable knitted vest with soldiers stitched into the fabric. 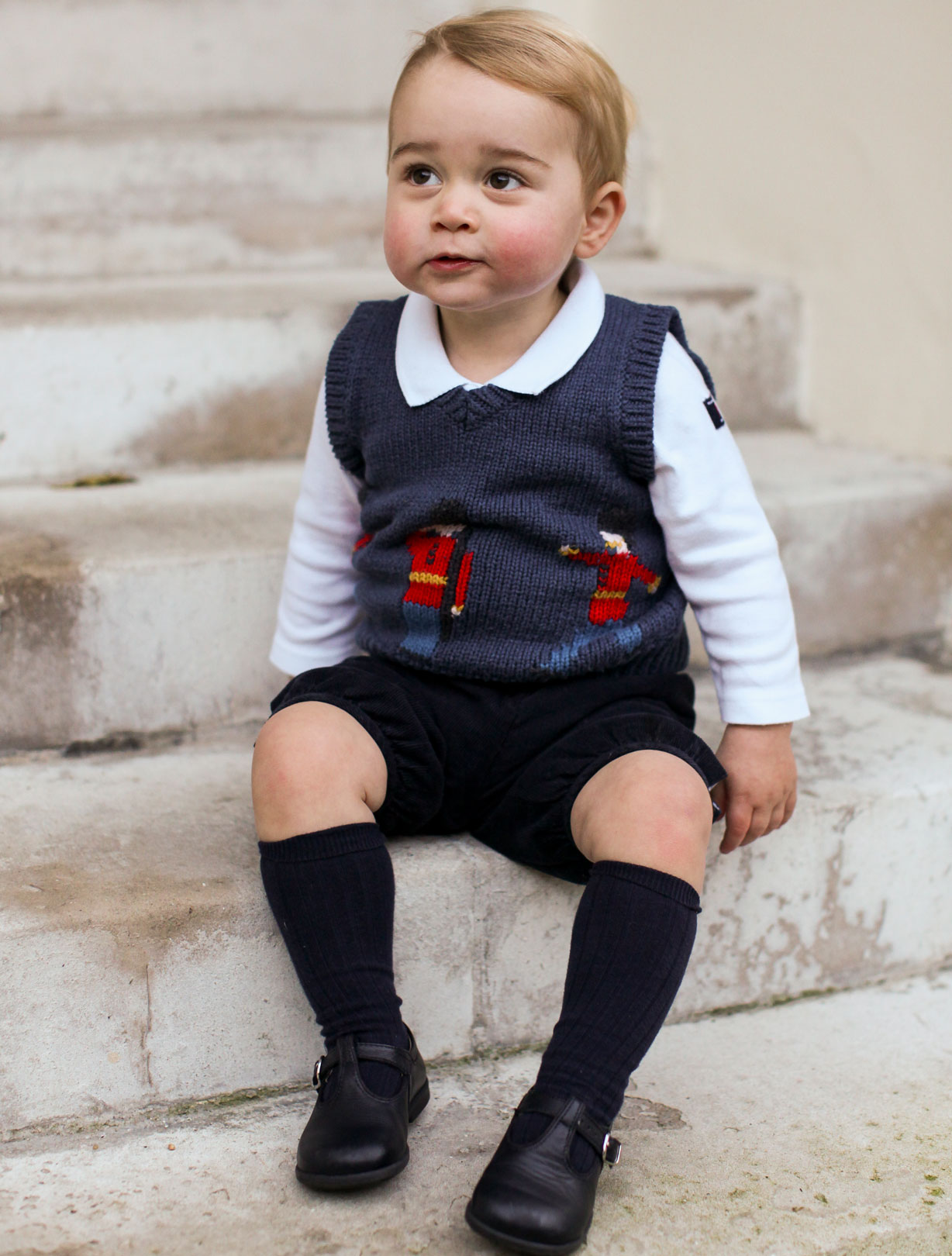 The Duke and Duchess of Cambridge/PA Wire via Getty Images

It wasn’t just the Cambridge’s that released their official Christmas card photo –Prince George, Princess Charlotte and Prince Louis’ uncle Prince Harry and his wife Meghan Markle shared an un-seen photo from their wedding for the occasion.

Now that Prince George and Princess Charlotte are finished with school and nursery it’s likely the royals are fully into the festive mood.

Kensington Palace confirmed that Kate and William would be spending Christmas day with the Royals, despite spending it with them last year and normally choosing to alternate between the royals and the Middletons.

What do you think of the new Royal Christmas card photos? Do you have a favourite? Head over to our Facebook page to have your say!