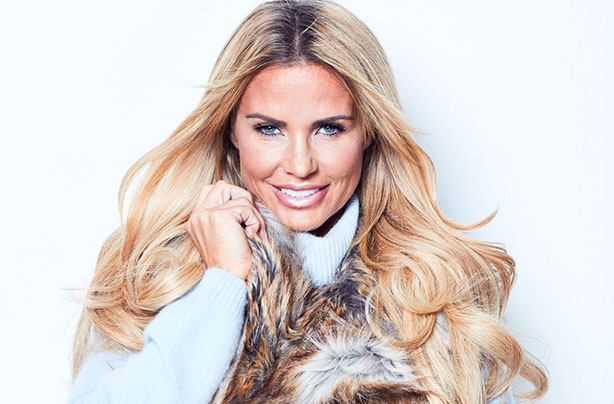 Katie Price has opened up about raising five children in the face of adversity – including her husband Kieran Hayler’s affair with her former best friend Jane Poutney, which she famously exposed publicly on Twitter.

Speaking to Essentials magazine, she ‘it took a lot of work, but we got over it. Just sometimes don’t give up. I trust him more now than I did before. People are like really?! and I’m like “yeah”.’

‘The kids love Kieran, they know everything. They just knew because they were there. I don’t think you should hide anything from your kids. They’re not stupid.’

‘You shouldn’t be with someone just for the sake of the kids. Kids should have a happy home, not a home with arguments. I hate arguing and I don’t like eggshells.’

‘A happy home’s a good home. If you’re not happy don’t stay in it, you’re only put on this earth once. So we have a happy home.’

‘He’s the king of the house and he makes sure he is, trust me he gets his attention. You all know when Harvey’s about, you can hear his steps, it’s like “he’s coming!” and everyone’s dispersed to the end of the room because you’re not going to know what he’s going to do.’

‘He’s going to live with me forever, even though my mum argues with me about that “you got to let him have some life on his own”. I’m like no, he lives with me, but I don’t know, we can’t predict the future so we’ll just have to see what happens.’

‘I’m happy now. I’m happy at home sitting on the sofa asking the kids to make me a cup of tea and bring the biscuits down, while I sit there and do f*ck all. And I have the remote control, asking “what are we watching next?”. Junior and Princess are masters at cups of tea.’