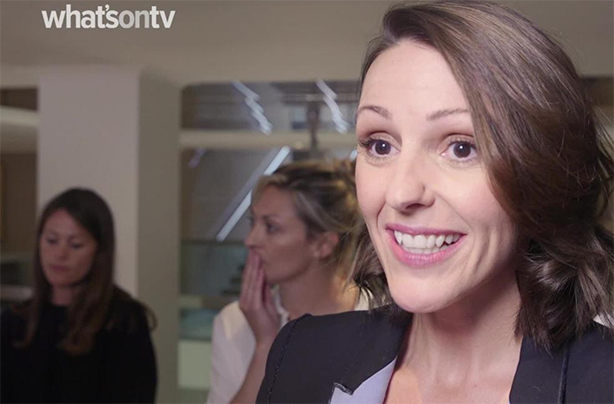 Suranne Jones has opened up about the way in which motherhood impacted her approach to filming the second series of Doctor Foster.

Speaking to What’s On TV, the actress explained that although she felt she could have fulfilled the brief either way, having a baby had changed her insight into her character Gemma’s relationship with her husband.

‘So they have to parent Tom, they haven’t seen each other in a couple of years and they’re living very separate lives, and it’s about when Simon comes back into Gemma’s life, and how two people who hate each other navigate their situation when everyone else has looked the other way.’

Suranne gave birth to her first child, with husband Laurence Akers, back in June 2016, and was pictured with him for the first time a month later. So, how has becoming a parent herself helped Suranne to identify with the character of Gemma, mum to now-thirteen year old Tom?

‘I went back to work after six months,’ she said. ‘I was quite hormonal still I think. Of course i could have done it if I hadn’t become a mum, but becoming a mum makes you understand the enormity of what would happen if your marriage fell apart, and you have a child, which I perhaps didn’t understand before.’

She continued of her young co-star, ‘I just look at Tom Taylor, who plays my son, if my son grows up to be anything like Tom Taylor the actor, who is gorgeous and brilliant, I’ll be very happy.’