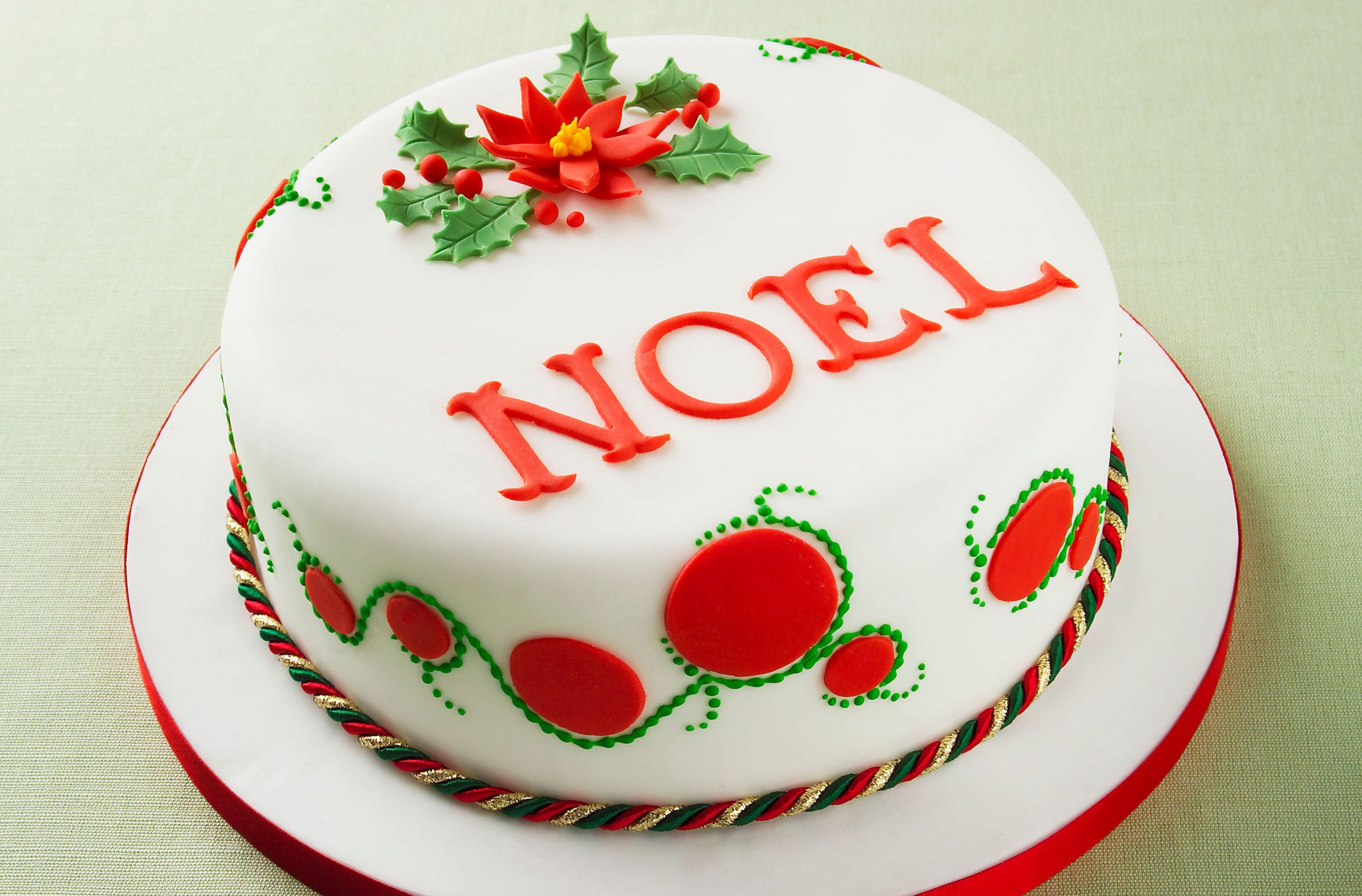 1. If the cake has risen in the centre and is not level, trim the top to level it then upturn the cake and place it centrally on the cake drum. Warm the apricot glaze or jam until it’s just boiling and spread it over the top and sides of the cake using a palette knife.

2. Knead the marzipan to soften it and roll it out on a surface lightly dusted with icing sugar so that it’s large enough to cover the top and sides of the cake. Lift the marzipan over the cake, and then press it down on the top.

4. Trim away the excess marzipan around the base of the cake, keeping any trimmings well wrapped in a freezer bag so they can be reused for another cake. Rub the surface of the marzipan smooth using an icing smoother or a plastic sidescraper.

6. Roll out some of the red sugarpaste thinly and cut out various size circles. Brush a little water onto the back of the circles and stick them around the cake.

7. Make up the royal icing following the directions on the packet and colour some of it green using the paste food colouring. Keep the icing covered with a damp cloth all the time it’s not being used. Cut off the end of a piping bag and insert the piping tube and then fill the piping bag with green icing. Pipe a “snailstrail” pattern around the red dots.

8. To make the poinsettias, make some small cup shapes from the foil as formers for the flowers. Add a small amount of the CMC to some of the red sugarpaste knead it in well.

9. Roll the sugarpaste out thinly on a surface lightly dusted with icing sugar and use the calyx cutters to cut out some of the larger calyx shapes and rest them in the cupped foil. Cut out some of the smaller calyx shapes. Brush a little water into the centre of the flowers in the cups and then place the smaller layer on top, alternating the points with the first layer. Only 1 flower is needed, but it’s recommended to make several in case any brake. Leave the flowers to dry overnight.

10. Colour some of the royal icing yellow and fill a piping bag fitted with the plain piping tube and pipe yellow dots in the centres of the poinsettias, pulling the piping tube up so the dots are pointed. Leave the flowers to dry.