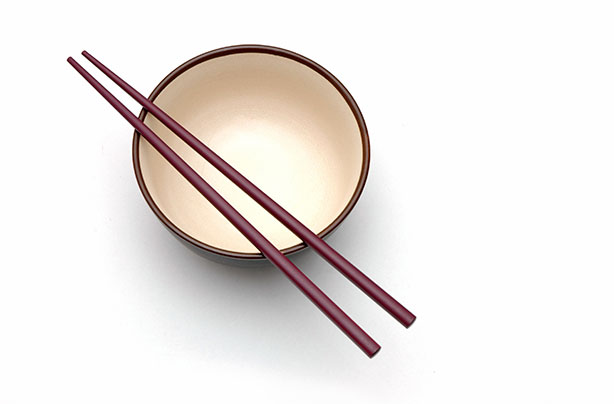 There is nothing more satisfying than finding a use for an otherwise useless item in your house.

But what about those items that have a secret function or handy hacks? Something that is meant to make their use a little bit easier, their functionality a bit more helpful, but has become lost knowledge over the years. Only to be discovered on the grapevine or by an accidental internet stumble.

So we wanted to find out more about those everyday household items we all have under our roof and see if we could learn some more about them!

We always tend to overlook little details in our everyday items that we don’t immediately understand, and that is so true for this common feature of a certain type of backpack.

Jansport backpacks are increasingly popular, and many people assume that the little diamond-shaped patch is simply a little decoration. However, they have a name – ‘lash tab’ or ‘pig snout’ – and they’re used to tie extra gear onto your backpack using a cord.

Anything from extra shoes, a torch, a thermos or a sleeping bag can be strapped on using the little ‘pig snout’, saving you valuable time by not having to rummage around in your bag, and also meaning you have more space inside!

Don’t you hate the disappointment of getting to the bottom of your Yankee Candle but not being able to burn the last inch? Well, there’s a new hack that will change your use of Yankee Candles forever and ensure that you won’t waste a drop of your favourite scent!

One Facebook user revealed a nifty trick that lets you reuse the last bit of wax that struggles to burn once the wick has worn down. It turns out if you pop your candle jar in a pan of boiling water, the wax will melt and you can pour it out into smaller containers to use as burners. Genius!

If, like us, you sleep walk your way into Starbucks every morning to pick up your iced coffee or latte then chances are you’ve probably not worked this one out either. But several Starbucks fans have revealed what they use their plastic lids for – a coaster! The plastic cup fits incredibly well into the lids from the hot and cold drinks cups – just slip it off the top and pop the cup into the lid’s inner ridges (we always wondered what they were for!)

Best of all, your new coaster will make it incredibly hard to spill your drink.

Like many of us you’ve probably used the spaghetti spoon (you know, the one with the hole in the middle) to drain your pasta and put it on your plate. But did you know that the hole in the middle isn’t just for draining your pasta? It’s actually hiding another function – helping you measure the amount of spaghetti you need to cook. Just pop the uncooked spaghetti through the hole until you can’t fit any more in it, then you have the right amount for one person. Never again will you cook too much pasta for you and your other half!

If you’ve spent years assuming that the holes in the sides of your Converse are merely a design feature, you’re not alone, but you’re also, well, wrong.

Turns out, they’ve got two uses. Not only do they provide a little extra ventilation, allowing your feet to ‘breathe’ as you wear the shoes, you can actually do some pretty nifty re-lacing tricks with them too. Simply thread your standard laces through the sides for a unique take on the usual under-and-over pattern – who knew?

There’s life changing news for all of us who like to do a little hair straightening every now and then – your GHDs could be hiding a GENIUS hack.

Users on Facebook have discovered that there’s actually a hidden European plug inside the plug of your favourite straighteners. Facebook user Gemma Louise Bullock uploaded the above picture along with the caption, ‘So I saw a post that if you unscrew the plug on your GHDs there’s a continental plug that unclips…. So I unscrewed mine. And look 😆 Iv learnt something new today… Did you know this?? 😂’

Our holidays will never be the same again!

If you’ve been peeling your bananas from the stalk end all your life, then you’ve been living your life wrong. You would have thought after thousands of years of evolution that we would have learnt from our monkey ancestors about how to peel a banana correctly. But apparently not.

Instead of taking the stalk end and having to twist it around to get into the fruit (and inevitably you end up having to discard the top part becuase it gets too mushy whilst you’re trying to open it), instead pinch the ‘bottom’ end and it neatly opens to reveal a whole banana without any bruising!

Oxo cubes may be delicious and convenient way to flavour our meals, but they don’t half make a mess. All that crumbling, it always manages to go all over the counter top no matter how tidy we think we are, not to mention making your fingers smell like stock cube.

But the people at Oxo had already throught this one through, we just never quite caught on. Instead of opening the oxo cube and then crumbling, the silver foil is designed so that you can unfold into a flat pouch and crumble inside it before tearing and pouring straight into the pot. Give it a go!

Bobby pins have to be the most basic of hair accessories, and whilst we might be able to do a french plait in the back of the car on the way to school, we still haven’t mastered the simple hair grip.

Instead of pushing it in wavy side up, which always leads to it falling out within a matter of minutes. Put it in wavy side facing downwards with the straight edge away from the head. The wavy side was designed to scoop up hair and keep it contained. Smart!

There is no doubt that Toblerone is up there with one of our favourite chocolates. Anyone else unable to pass a Duty Free without buying one? No just us then…

But we wish there was a way to eat them without breaking our jaw biting into it or getting our hands covered in chocolate trying to snap a piece off.

In fact there is! Instead of breaking off a piece by snapping it away from the bar pull it back towards the adjacent piece and it neatly snaps off without all that pushing and pulling! Even more reason to spend all our money on chocolate.

Ever tire of putting a messy spoon down on the kitchen counter and having to wipe after yourself every time you stir the pot? Us too. Well not only are frying pans designed with a handy hanging hook – that little hole in the handle – but it also doubles up as somewhere to store your spoon whilst cooking! Just insert the dry end of the wooden spoon into the hole and the dripping end will still be elevated over the pan so no mess. Smart!

We feel like we use tin foil on an almost hourly basis – we honestly would be lost without it. But there is one little thing that bugs us… it’s all well and good having it on a roll BUT only when the roll stays in the box and doesn’t unravel at speed across the kitchen floor.

Turns out we’ve been doing it all wrong – on most tin foil (and other similar items) there are actually little cardboard tabs on either end of the cardboard tube that you need to push inwards to secure the roll in place inside the box. Now why didn’t we think of that…?

Not that we can use chopsticks, but when we do try and kid ourselves that it is easier to use chopsticks than a fork to eat our egg fried rice, we always struggle to work out where to put them between mouthfuls.

You don’t want them lying flat on the table (mainly because you know when you last washed down the table… ) and they don’t balance well on the edge of a giant bowl of noodles without falling in and getting wet.

But this Reddit user has shared the perfect chopstick hack to solve all your problems. Instead of keeping that irritating wooden block on the end of your chopsticks, snap it off and then use as a rest between bites. Genius!

You might think there’s only one way to use kitchen towel (how could we go wrong?) but this latest trikcy has proved otherwise! We’re all guilty of over-use for a spill, to try and save the carpet from yet another juice disaster. But using too much towel is not only adding to the cost of your supermarket trolley, but it isn’t environmentally friendly either.

Scientist Joe Smith revealed the most efficient way to use the paper towel is to just rip one sheet off, and instead of placing it directly on the mess, fold it in half as this massively increases the amount of moisture the sheet can hold.

This is due to something very techincal called ‘interstitial suspension’, which means the space you create between the two layers allow the droplets of moisture to cling to the towel as well as each other in between the fold. Smart!

How many times have you become so frustrated at the tiny pocket on your jeans? Too small for even a handful of coins, and don’t get us started on trying to fit a mobile phone in there. So what is the point of the little patch of denim?

According to Levi Strauss, legendary jean maker, the pocket was originally designed for cowboys back in the 1800s. The horse-riding gun-toting cowboys used to wear watches on chains and keep them in their waistcoats. But to keep them from getting broken, Levis introduced this small pocket where they could keep their watch.

Just a shame we don’t own a pocket watch

How frustrating is it when you pop a straw into your full can of fizzy and the air in the drink makes the straw pop straight back out again. And normally straight on to the floor…

Well the wonderful people who design these cans had actually thought that through – we had just missed it! Once you’ve opened the can, spin the ring-pull around 180 degrees so that it sits over the can opening and stick your straw in. It will hold it in place!

It cannot be disputed that glass bottles of Heinz ketchup look the best (and are better for the environment than the plastic version), but we cannot stand seeing the kids faces as they shake the bottle up and down, almost elbowing each other in the head as nothing leaves the bottle. Well according to Heinz, if you tap the exact place on the bottle where the number ’57’ is written, this causes the sauce to flow straight out…

Do you have any handy hacks for everyday household items that you want to share? Or that everyone MUST know about? Leave them in the comments below.