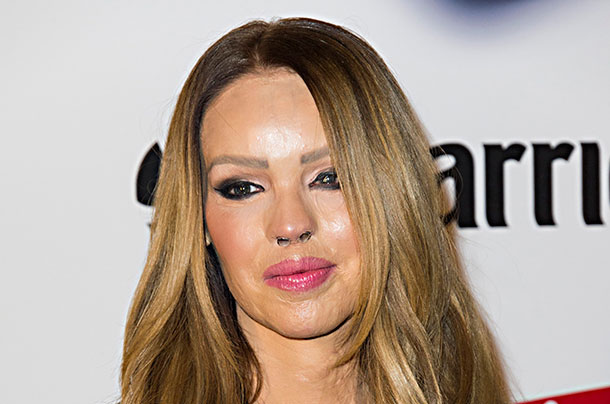 TV presenter Katie Piper has announced that she is a married woman, after tying the knot in a private ceremony on Friday.

The 32-year-old mum of one, who survived an acid attack in 2008, married fiancé Richard James Sutton last week after being engaged since December 2014.

Katie announced the great news to her 302k Twitter followers at the weekend, saying; ‘What an amazing Friday yesterday was -; I got married!’

The former model has said the day, for which she wore a white lace dress by designer Kolchagov Barba, was ‘second only’ to the birth of her daughter.

‘Marrying Richie has been one of the best days of my life and I am so happy to have shared it with my close friends and family’, she said in a statement.

Fans inundated her with messages of support; ‘Congratulations, I am so beyond happy for you, I bet you were the most beautiful bride.’

When her carpenter husband-to-be proposed a couple of weeks before Christmas last year, Katie told This Morning; ‘It was quite a surprise actually.’

‘It was a really nice end to a year in my life I never thought I’d be lucky enough to experience so yes, I feel really privileged and lucky.’

The pair have a daughter together, Belle, who was born in March 2014.

Katie previously admitted she would love her daughter to walk down the aisle with her; ‘It will be nice for Belle that we’ll all have the same surname as a family. I can’t wait for it all to be official.’

At her hen party in September, Katie captioned a photo ‘Kiss the Miss Goodbye’ as she reveled in her new marital title.

[Instagram] https://instagram.com/p/8EgztmjKNo/?taken-by=katiepiper_[/instagram]
Image:Instagram @katiepiper_
The newly-wed has previously spoken of the early days of their relationship, revealing that she was impressed at Richard’s ‘unfazed’ attitude to her medical issues and her appearance.

In a heart-warming Instagram post, the mother-of-one said; ‘You came into my life and changed it forever. The unconditional love you give me heals me from the inside out.

‘You’re not just present at the films premieres and exciting events but the NHS waiting rooms 6 hours at a time when my life is rubbish and boring. My beautiful boyfriend so blessed to have you.’

Since the attack, Katie has set up her own charity – The Katie Piper Foundation – that helps victims of burns and other injuries and advocates body confidence.